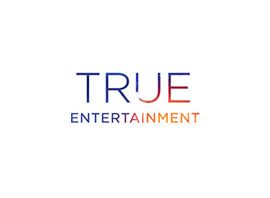 True Entertainment is the television channel in the United Kingdom that replaced Showcase TV on 3 August 2009. The change was originally scheduled to happen on 1 July 2009, but a late change put the change "on hold until further notice". True Entertainment launched on 3 August 2009. Whilst the bulk of its current programming is movies, similar to sister channels True Movies 1 and True Movies 2, the channel aims to establish itself as a general entertainment channel.

True Entertainment +1, a one hour timeshift channel, was launched on 25 February 2013. The channel was replaced by True Drama on 4 June 2013. The channel relaunched on 3 April 2014, replacing BuzMuzik, which closed due to CSC bringing Starz TV to their list. It closed again on 17 August 2015, with its slot being bought by the Information TV group for Showcase, which moved from channel 192, as its slot was bought by BT Group for their AMC channel.
Programming

Chicago Hope
Dr. Finlay´s Casebook
Due South
Gunsmoke
Highway To Heaven
Little House on the Prairie
M*A*S*H
Napoleon and Josephine
Pearl
Planet of the Apes
Pride and Prejudice
Providence
Road to Avonlea
Roots
Taggart
The Avengers
The Knock
The Waltons
Touched by an Angel