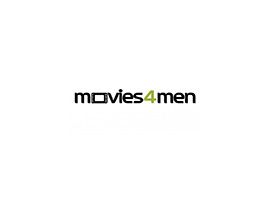 Movies4Men can be found on Sky Channel 325 with its sister channel, Men & Movies on Sky 185. Movies4 Men is a quality film channel dedicated to supplying non stop entertainment for men. Catering for all tastes M4M serves up the very best in Action, War, Westerns, Sci-Fi, British Classics, Adventure and more! With hundreds of titles ranging from the cinematic golden age to modern greats, Movies4Men really is one of the last places to find quality drama.

Between May 2011 and January 2012, Movies4Men was also available on Freeview in Greater Manchester, Movies4Men +1 had also been made available from November 2011 but closed at the same time. On 19 September 2012, both channels returned to Freeview in the area, and launched nationwide on Freeview on 1 April 2014.

Movies4Men was joined by its sister channel Movies4Men 2 on 9 October 2006, which transmitted other types of cinematic genres until it closed on 2 May 2012. As of September 2008, the channels transmit films in 16:9 widescreen where available.

On Monday 25 February 2008 Movies4Men +1 launched on Sky 326 as a timeshift channel, showing all Movies4Men films one hour later.

Examples of movies shown: A.W.O.L., A Bullet for the General, Build My Gallows High, Django, Gregory´s Girl, Saints and Soldiers, She Wore a Yellow Ribbon, Shout at the Devil, The Bunker, and Tunes of Glory.

Watch MOVIES FOR MEN from abroad with VPN