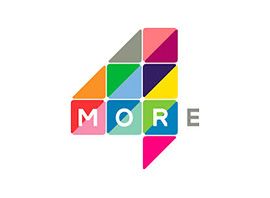 The channel More4 is carried on Freeview, on satellite broadcasters Freesat and Sky and on UK cable networks Virgin Media and Smallworld Cable. In Switzerland the channel is available on UPC Cablecom and in Ireland on UPC Ireland, Magnet Networks and Sky.

Watch MORE 4 from abroad with VPN