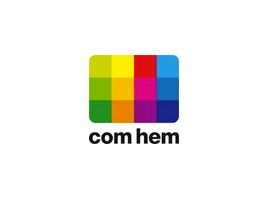 Com Hem is a Swedish television, internet and telephone provider, with an estimated market share of 75%.

If you are a Com Hem customer with a TiVo account you can enjoy their Com Hem Play service; viewing tv and series on your laptop, smartphone or surf tablet.

Founded in 1983 as Televerket Kabel-TV as part of the former state-owned Televerket, the company has been successively named Svenska Kabel-TV AB and Telia InfoMedia TeleVision AB, before becoming ´Com Hem´ (a play on the Swedish phrase Kom hem, "come home").

Today the company has 135+ TV channels available to its TV customers. Digital TV was introduced in 1997. A broadband service that uses the company´s proprietary Cable Network was launched in 1999. In 2004 VoIP Telephone was introduced and the company became Sweden´s first nationwide Triple Play Service Provider.