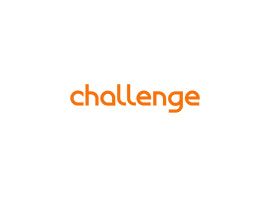 The channel mostly transmits game shows from the UK and around the world, with some original productions.

The channel was originally a primetime block from 17:00 to 00:30 and shared its channel slot with The Children´s Channel (which closed on 3 April 1998) and TV Travel Shop until 1999, which resulted in Challenge being able to broadcast 24 hours a day. From 3 February 1997 to the end of 1998, between 00:30 and 06:00, the channel was branded as "Family Late" which continued to broadcast series from the old Family Channel schedule til September 1998 and then broadcast Challenge TV programming which change from the old Family Channel schedule to non-stop gameshows like the prime-time schedule.

On 15 September 2010, Sky announced a number of its sister channels Bravo, Bravo 2 and Channel One, were closed, which resulted in a small number of programmes being moved. On 25 January 2011, it was confirmed that Total Nonstop Action Wrestling programming would start broadcasting on Challenge from 3 February 2011.

On 7 October 2013, the channel went through a revamp, which included a new logo, and a set of animated characters, named the "Challengers", as idents to represent each type of show; such as Les Play for classics, Ellie for lighter physical shows or Cecil the Geek for science shows.

The channel also aired some poker game shows including World Poker Tour, Celebrity Blackjack and Casino Casino. It also launched a very short-lived spin-off channel in 2006, Player (which was replaced just several months later by Bravo 2), which mainly focused on the poker-related programming that Challenge had transmitted. Challenge only aired programmes in the letterbox format (4:3), but on 3 June 2008, it switched to the widescreen format (16:9) along with all other Living TV Group channels. This was coupled with a revamped logo and a new set of idents. The channel used to have interactive features for digital cable and satellite viewers watching certain shows, enabling them to play along at home, and it used to offer many games and competitions before the start of each programme, during commercial breaks and after the end of each programme.

Challenge have had various programming blocks, for example, Fully Loaded!, a former morning programming block from around 2007 which consisted of Win, Lose or Draw, Wheel of Fortune, Catchphrase, Bullseye and Family Fortunes.