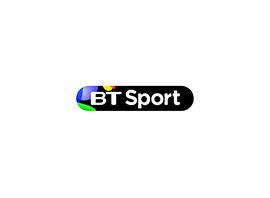 BT Sport is a group of sports television channels in the United Kingdom and in Ireland, owned by BT Consumer, a division of BT Group, which launched on 1 August 2013. The channels are based at the former International Broadcast Centre at the Queen Elizabeth Olympic Park in London. BT Sport is available on the BT TV, Sky and Virgin Media television platforms in the UK, and also for Virgin Media Ireland in the Republic of Ireland.

On 2 May 2013, BT Sport 1 and 2 were added to the BT TV EPG, followed by Sky the next day along with an on-screen message that the channel was coming soon. On Sky, the channels replaced BT´s placeholders, Sailing 1 and 2. The BT-owned terrestrial feeds of Sky Sports 1 and 2, which were also used for Top Up TV, were dropped on 1 July in favour of BT Sport 1 and 2. The terrestrial feeds were only available to BT TV subscribers in non-BT Infinity enabled areas. These were removed from the platform in 2015. BT signed a wholesale deal with Virgin Media on 15 August 2013 bringing the channels free of charge to customers in the TV XL package. In Ireland BT Sport is bundled with Setanta Sports subscriptions.

An interactive service, BT Sport Extra, launched in September 2014, broadcasting additional content at selected times.[8] One video stream was available at launch which expanded to seven in August 2015. BT Sport Extra can be accessed directly from the EPG on BT TV and from the red button on Sky and Virgin Media.

On 1 August 2015, BT launched three new channels - BT Sport Europe, a dedicated channel for its coverage of European football including the UEFA Champions League and Europa League, BT Sport Showcase, a free-to-air channel which will show a number of sporting events unencrypted via Freeview, and BT Sport Ultra HD, the UK´s first 4K television channel which will broadcast a number of events in ultra-high-definition exclusively on BT TV.

BT Sport 1 is currently offered for free for BT´s broadband subscribers as ´BT Sport Lite´, who may elect to view the channels via Sky, whether or not they have a Sky subscription, by having their viewing card activated. Customers who wish to view the remaining channels can subscribe to the ´BT Sport Pack´ for £5 per month. BT also provide broadband subscribers access to the channels via the BT Sport online player and mobile app.

BT Sport currently has the rights to show 38 Premier League matches live a season with their packages include Saturday Lunchtime kick-offs and Mid-week fixtures. The rights to the Premier League is shared with Sky Sports that have 116 live games and BBC who have highlights on Match of the Day.

FA Cup matches are also shown on BT Sport with 25 live games including one semi-final. The F.A. Cup BT Sport team of presenters and pundits is similar to the Premier League. The rights are shared with BBC, who show 16 live matches with the F.A. Cup Final shown live on both channels. BT Sport also have exclusive rights to show the National League with 30 live games per season with the Play-Offs also shown on BT Sport.

BT Sport also show live matches from Italy´s Serie A, Germany´s Bundesliga, France´s Ligue One and Australia´s A-League. BT Sport has exclusive live rights to the Aviva Premiership, and shares live coverage of the Rugby Champions Cup with Sky Sports. The original Aviva Premiership coverage was until the 2016/17 season which seen BT Sport broadcast up to 69 games per season.

In January 2013, BT Sport signed a deal with the WTA to show 21 live tournaments from the women´s tennis tour. The coverage can consist of up to 800 live hours of coverage every year until 2016, each season ending with the TEB BNP Paribas WTA Championships. Coverage is presented by Lynsey Hipgrave with Martina Navratilova. Former Wimbledon champion Marion Bartoli, Anne Keothavong, David Mercer, Nick Mullins, Sam Smith and Alastair Eykyn are the commentators.

In August 2015, it was announced that BT Sport had claimed the rights for Australia´s home matches for five years starting in the Australian 2016-17 season. This means that BT will show the Ashes Clash between England and Australia in 2017-18 with the deal also including Big Bash League fixtures as well as the Women´s Ashes and Women´s T20 Big Bash League.