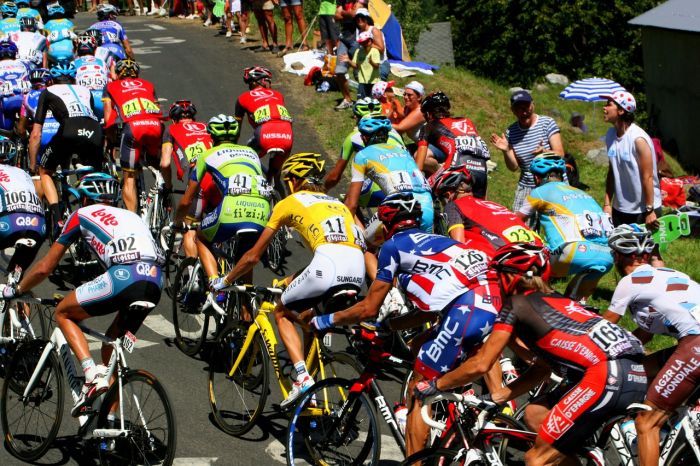 Tour de France 2018 runs from 7th of July until the 29th. One of the highlights of the most famous bicycle race in the world includes the climb in the Alpe d'Huez, the Tourmalet and the Aubisque.

The 105th Tour de France promises some difficult stages: the cobbled Paris-Roubaix passages and the steep ramps. This year the Great Départ takes place on the Atlantic island of Noirmoutier-en-l'Île.

These are the individual stages of the Tour de France 2018:

This year, there are several changes to the Tour de France regulations which should provide more excitement and safety.

As of 2018 there will be eight riders instead of nine per team: this is undoubtedly the most impressive innovation in the Tour de France this year. According to the race organizer, this should generate less agglomeration and more security, but possibly also change the tactics of the individual teams.

In the 2018 Tour there are new bonus points. These three, two and one second time credits for the first three controllers are only available in the first nine stages. The places where the time bonuses are awarded are chosen so that they give the race additional dynamism just before the actual stage finale.

In addition to these new bonus points, there are, as before, the time credits of ten, six and four seconds at the end. These bonuses are awarded at all stages, except in individual and team time trials.

Mountain classification as in Formula 1

Another novelty affecting only the 17th stage, the 65 kilometers through a total of three mountain peaks from Bagnères-de-Luchon to Saint-Lary-Soulan. As with Formula 1, the top 20 riders will be positioned according to their classification and will start directly in the climb. Then the rest of the squad will follow.

Other broadcasters of Tour the France:

ChillGlobal is the best option to watch sporting events in 2018, regardless of your location. It is easy to install and use, and with servers in 15 different countries you can concentrate on the important things, the race!

By using a service such as ChillGlobal, everything you do is private and is re-routed by proxies (no way to determine your browsing destination) through the ChillGlobal servers. Guaranteed fast and secure connection, without unnecessary data storage.

We offer a monthly free usage of 20 hours (register with just your email address)! If you need more ChillGlobal user time, you can choose from one of our packages. By using ChillGlobal you also save big time on online purchases, car hire or flight tickets.