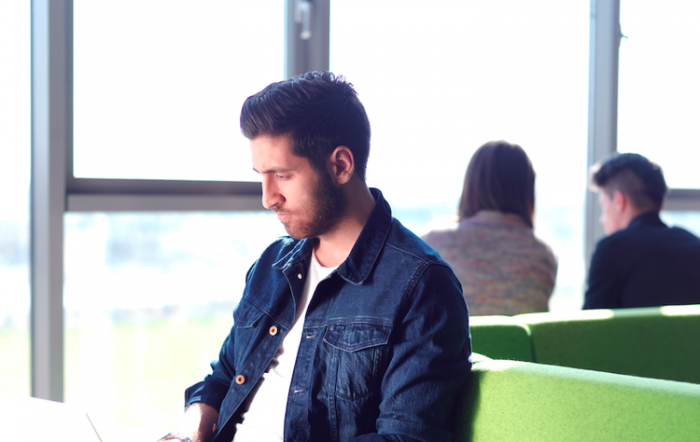 “I am Nicolas, born and raised in France, in Perpignan. My family runs a small hotel at the seaside, right at the beach. During summertime I would never go away, instead I would help out with running the hotel and the restaurant, but at some point I started to realise that I wasn’t interested in taking over the business. I have always been interested in technology and machinery and I moved to Paris to study mechanical engineering. After my studies, I moved to the States for an internship and from there I got offered a job in Poland, Warsaw. I never thought I would going to end up living here, it’s such a different world!”

“Before I moved to Poland, I used ChillGlobal as a tool to study the Polish language. I had a couple of months to spare before the actual move and I wanted to at least try and learn the basics. So I got a private tudor who recommended ChillGlobal to me so that I could watch Polish television from home. By hearing it in the background, I would familiarise myself a bit with the new sounds of the language before the actual move.”

For what do you use ChillGlobal now?

“As you can imagine, I got kind of homesick when I just arrived in Warsaw. The move to the States was for a temporary internship, but when I moved to Poland, I knew it was going to be for at least 3 years. Watching some French TV from home and following sports with French commentary makes me feel better during harder times. I also use it to find cheaper fights, whenever I book a ticket to visit my family in Perpignan.”

“I absolutely would. It really supported my studies and understanding of the Polish language. Of course real life practice and reading are equally important, but to be able to stream Polish TV from the United States on beforehand, was a real life saver. And like I said, whenever I feel a bit down, French TV series actually help to lift me up again!”