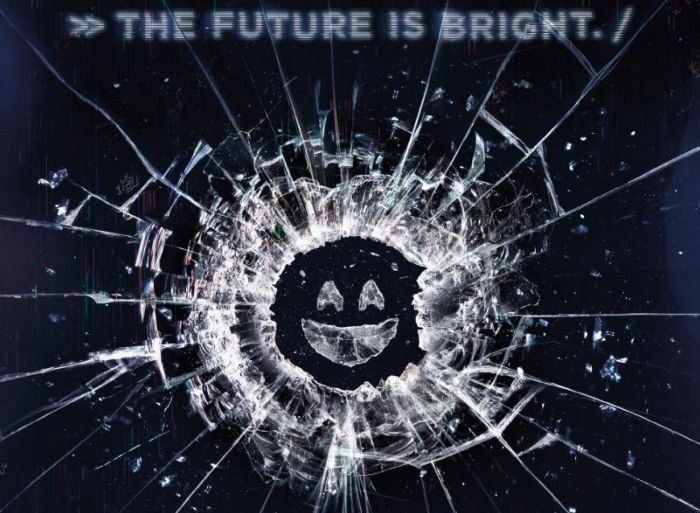 Plausibility of Black Mirror's 1st Season linked to The US Elections

Since the 3rd season's first six episodes of the quite unsettling anthology show "Black Mirror" are ready to be viewed on Netflix, it's about time to ask ourselves how realistic some of these episodes actually are. And while were at it, let's link this unsettling TV series to the unsettling outcome of the recent US elections.

Black Mirror has been disturbingly entertaining and already in 2011, Charlie Brooker brought us the far-fetched provocative tale of the British Prime Minister forced to have sex with a pig on national television. Or is it...?

The series is made up of disconnected single-episode stories, exploring issues of morality and society’s relationship with technology via cutting satire. Each episode takes an aspect of modern technology, politics, or life in general and pushes it a few steps into the future. But just how plausible are the episodes?

Let's take a look shall we, and rate the plausibility of Black Mirror's first season from 2011.

The premise of this episode is already explained in the intro above, but it forgets to mention the reason why the Prime Minister agrees to having sexual intercourse with a pig on live TV. It's because a member of the Royal Family is kidnapped and will only be released unharmed if he does do...

This first episode actually doesn't step very much into the future at all. It's in the now and it's really quite realistic. Even though a real political kidnapping will most likely have a different goal to achieve than the Prime Minister embarassing himself on live national TV, it's not entirely impossible to imagine it from happening. Considering the outcome of the recent US elections, it's rather safe to say that we live in a very disturbed world, where politics and entertainment go hand in hand. Politics, culture, religion and entertainment: All have joined together in a big blurry cesspool. People are exposed to sexism, racism, violence and hatred like never before. Equally shocking as the PM having sex with a pig on live TV? A clown like Trump picked as a leader of the most important country in the world.

Plausibility rating: 3 out of 5.

This episode takes a big leap into the future where people are forced to earn their money by riding bicycles to generate electricity. The only way to escape this tormentous way of living is by winning an "Idols like" singing contest show.

This 2nd episode of the 1st Black Mirror season is clearly a satire on TV shows and people's thirst for constant entertainment. It's much more of a science fiction piece than The National Anthem episode, but it's not less frightening to watch and leaves you behind with a very grim feeling. However, the likelyhood of this to happen literally is slim to none. Human bodies will never be able to produce sufficient electricity. But the satire part of the episode, the never ending need for entertainment, is already reality. Look at the tons of different reality shows, talent shows, streaming shows, talk shows, that we can choose from. And regarding the US elections, hasn't this just been a year and a half of media spectacle that we all supported by posting, commenting and sharing on social media. A spectable that even managed to force a result upon the American people. A result that so many (most) people voted against?

The plausibility rating of the underlying thought of this episode is therefore a 5 out of 5.

Episode 3: The Entire History of You

In an alternate reality most people have a "grain" implanted behind their ear that records everything they do, see, or hear. This allows memories to be played back either in front of the person's eyes or on a screen, a process known as a "re-do".

The first thing coming to mind by watching this episode is of course Google Glass. This Google gadget didn't really kick off, but that was mostly because it was ahead of its time and it was too early to try and sell the Google Glass to the "common people". They probably should have focused on the tech world first, rather than on the commercial market. They are planning on a come-back though and also Samsung is working on something called "smart contact lenses" with a built-in camera. Snap's (formerly Snapchat) "Spectacles Glasses" allow someone to record and post directly from the glasses and is kicking off by selling their glasses in vending machines.

We undeniably live in a society led by social media. We like, share, tag, comment, skype, slack, rant, record, reshare Facebook's suggested memories (so not even the ones we come up with ourselves!), tweet, snap, post and what not, on a daily basis. Everyone has become an influencer and everyone is guilty in playing a part in the equally undeniable horrific outcome of the elections.

The plausibility rating of this episode is a 5 out of 5.

These were only the first 3 episodes of Black Mirror. There are quite a few more, so go ahead, watch them and decide for yourself how plausible the premises are to happen in the (near) future. And instead of blindly sharing and re-posting the media's opinion on your social media accounts, take a moment to think carefullly about what you read and then decide whether it's something that you would want to spread. We are all guilty, we are all information and content (over)consumers, we are all social media addicts and receptive to the never ending torrent of information, news and opinions. Therefore it's important to not stop thinking for yourself, and to use some proper reasoning and logic.

Think about the future, and consider the long term results of your actions taken in the now.