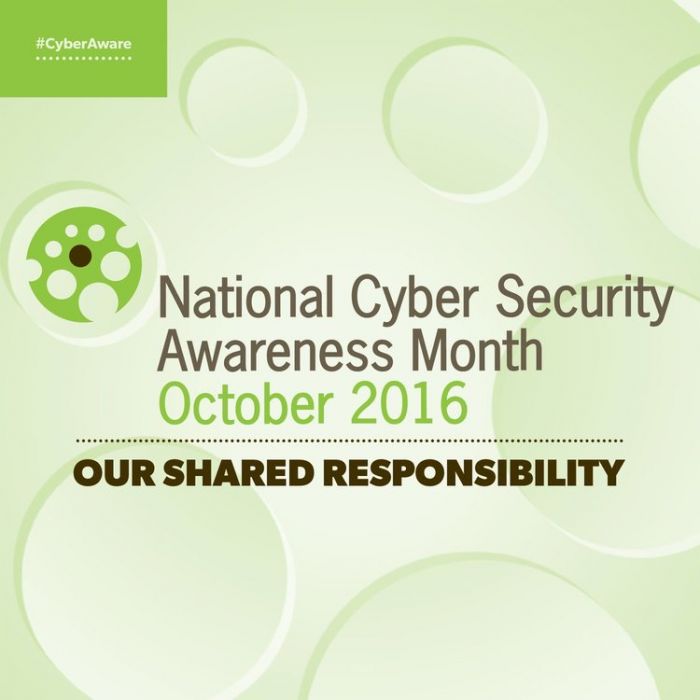 October is the month of National Cyber Security Awareness with the aim to raise awareness and to provide some education and knowledge about the importance of cyber security and your online privacy. With the Internet and the wide array of electronic and mobile devices with an even wider array of chat and messenger apps and social media accounts that play such a big part in our day-to-day lives, it’s becoming more and more important to protect your online personal data.

Just to emphasise exactly how important, we have put a list together with this year's 5 Most Unbelievable Hacks. From online email platform infiltration to political shockers. It’s hard to wrap your mind around it, but this year’s cyber security has been absolutely disastrous. Read it and weep, some of them you won’t believe!

“We know that Russian intelligence services hacked into the DNC and we know that they arranged for a lot of those emails to be released and we know that Donald Trump has shown a very troubling willingness to back up Putin, to support Putin,” Hillary Clinton remarked in an interview with Fox News.

While Clinton speculated that this was an attempt to leak DNC emails and sway the election, Trump did encourage the Russians to dig up the 30,000 missing emails from Clinton’s time at the US state department, but then insisted that his comments were meant to be sarcastic.

In the biggest data breach in history, Yahoo! has just recently reported that more than 500 million Yahoo users’ accounts may have been breached when data was stolen from the company in 2014. Some new reports revealed that the personal information stolen could be between 1 to 3 billion.

The stolen user account information may have included names, emails, phone numbers, birth dates, passwords and even security questions and answers. OOPS. Changing a password is easy peasy, but ‘your mother’s maiden name?’ Not so much!

Yahoo! still hasn’t explained how this data breach could have occurred, but new reports show that the lack of investment in key security measures may been been the root of the issue.

Even British Royalty aren’t safe when it comes to cyber security threats. Just a few weeks ago, the media reported that the sister of Duchess Kate Middleton, Pippa Middleton, experienced a very unpleasant privacy invasion when her iCloud account got hacked into. Around 3,000 private images of Pippa have been stolen from her account and the anonymous hacker is demanding $65,000 from the Duchess of Cambridge, Kate Middleton.

The private photos, some of which include intimate photos of Pippa and her fiancé, and personal family photos with the Duchess and her children Princess George and Princess Charlotte are being shopped around to media outlets.

After The Sun received and rejected an offer to purchase two photos and then reported the incident to the police, the Scotland Yard began looking into and investigating the issue.

This incident is actually very similar to the celebrity iCloud hack in 2014, when a hacker hacked into the iCloud accounts of A-list celebrities such as Jennifer Lawrence, Kate Upton, Rihanna and Kim Kardashian and leaked their nude photos all over the Internet.

South Korea reported that its military cyber command centre got hacked after officials discovered malicious code in the system. The code was targeting a ‘vaccine routing server’ installed to provide extra security for military computers connected to the Internet.

It’s unclear which party was responsible for planting the code, but of course North Korea is the primary suspect. Their cyber warfare agency, Unit 121, is known worldwide and comprised of a group of highly trained hackers.

5. Dropbox Hack Leads to the Leak of 68 Million User Passwords

Dropbox is the number One platform for “secure” file storage and sharing, but they too had to suffer the threats of cyber security failure.

This year, it was reported that data stolen in a 2012 breach, which contained encrypted passwords and the user emails of about two-thirds of the platform’s consumers, had been leaked.

Overall moral of the stories above: do not think lightly about your password protection!

So this was our list of the 5 biggest hacks of this year. Needless to add that these threats are very serious and that cyber security is extremely important. Encrypt, and secure, that’s the key!

ChillGlobal helps to secure all your online activities. Be sure to give our 20 hours of monthly free trial a try! You can browse the net anonymously and we do not save any of your data. You can read a lot more about online privacy in the ChillGlobal blog right here and if you want to stay up-to-date on all the latest important cyber security news and get helpful tips for how to stay safe online? Follow us on Facebook and Google+.