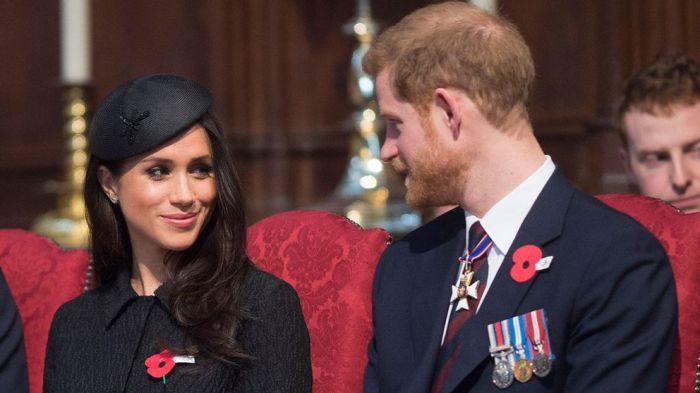 How to watch the Royal Wedding 2018

Love is in the air! It will be a romantic May again in 2018: For many, the royal wedding of Harry and Megan Markle is the event of the year!

Many may still remember the great media event of the last wedding of the English royal family. On April 29, 2011, Prince William married his Catherine and the whole world watched.

Numerous TV stations broadcasted the wedding live. In total, there were up to 8,000 journalists reporting in London, as well as several livestreams on the Internet. About 27 million Brits and 23 million Americans watched the wedding of Prince William and Kate Middleton in 2011. This time around will be no different.

A similarly large media interest is expected on the big day on May 19, 2018, when "little brother" Harry marries his fiancée Meghan Markle in St. George's Chapel at Windsor Castle. The wedding service will begin at 12:00pm sharp at St George’s Chapel in Windsor, but expect several hours of TV coverage first as the excitement and anticipation builds so clear your diary.

The bride’s parents, Thomas Markle and Doria Ragland, will be present at the wedding and Thomas Markle will lead his daughter to the altar.

The service will be conducted by the Dean of Windsor and end around an hour later when Prince Harry and Ms Markle have taken their vows – which will be officiated by The Archbishop of Canterbury, Justin Welby.

Royal fans will have the opportunity to cheer on the newlywed pair just after the cermony: The service will end at 1pm and Prince Harry and Meghan will leave the chapel at the west steps before being driven in an open carriage through Windsor.

Prince Harry and Ms Markle will be driven for two miles along Castle Hill, the High Street and into Windsor town centre before returning along the beautiful, tree-lined Long Walk for their reception.

In London and all over England there will be numerous public viewings and different events all day long.

How to watch the royal wedding online

600 lucky guests have been invited to the reception. But in case your invitation got lost in the mail, you can still attend the Royal Wedding online! It is time put on your best occasion hat or fascinator, prepare the nibbles and cork up a bottle of bubbly and settle in on your sofa. Here is how you watch the Royal Wedding Online:

In the UK, the BBC, Sky News and ITV will cover the day with big-name presenters. Huw Edwards, Kirsty Young and Dermot O'Leary will be hosting for BBC. Huw and Kirsty grounds of Windsor Castle during the build up and Edwards will present from the spectacular roof of the Windsor Guard Room. BBC even wants to suspend the usual live streaming fees on the site for the day so everyone can watch the wedding. Head to BBC iPlayer or ITV Hub for a live online broadcast in the UK (with a TV licence),

ITV's output will be presented by Phillip Schofield and Julie Etchingham, in a purpose-built studio in Windsor, and Sky News will be in Windsor as well, making sure no angle is missed.  Royal fans can also follow the coverage live at Telegraph.co.uk or The Sun that also offers a live broadcast on the Internet.

Live coverage of the ceremony will be broadcast on big screens around the UK, including in Belfast, Salisbury, Leeds, Swansea, Winchester and Portsmouth.

Unfortunately it's highly unlikely that we'll catch a glimpse of the two wedding receptions, they are private events for guests only.

How to watch the Royal wedding from the US, Canada, Australia and New Zealand

As Harry and Meghan will enter the chapel at 12:00 B.S.T, North American viewers will have to get up very early if they want to watch it live.

Australian's can choose between ABC, Seven, SBS, and Nine for Aussie-led coverage from Windsor, or a BBC One simulcast via Foxtel, all starting between 19:00 and 19:30 AEST.

What do I do if the site is blocked?

With ChillGlobal VPN for Firefox or Google Chrome, you can also stream your royal wedding abroad without the risk of your site being blocked. In addition, we do not store any data, meaning you are 100% safe and anonymous on the Internet.

Unlike many other plugins and programs, ChillGlobal is easy to install and use. No technical expertise needed! We like to keep things quick and simple!

We offer you a free use of 20 hours per month (register here with your e-mail address). If you need more, you can choose between one of our different packages.