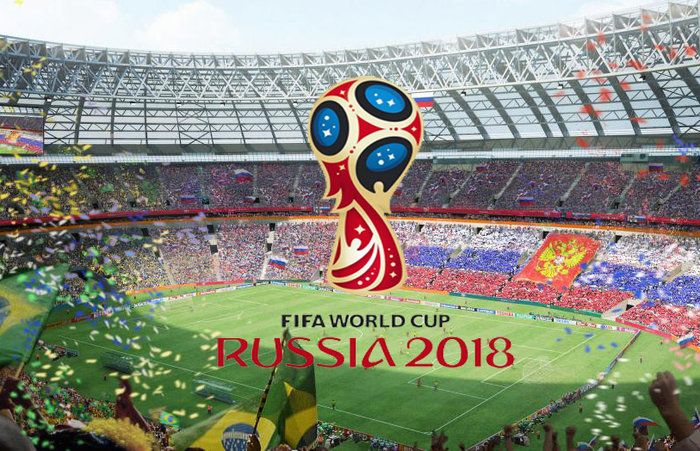 As of the 14th of June the football season has begun! FIFA World Cup is the most popular sports event in the world. It is estimated that almost 25% of the world’s population will watch the tournament!

If you are not one of the half a million people travelling to Russia to watch the games live, this year you can watch every World Cup game on any channels of your choice all around the world by using ChillGlobal VPN! June 14th through to Sunday, July 15th you can stream any of the 64 games on the channel of your choice. Read on to find out how you can stream the FIFA World Cup 2018 from the comfort of your own sofa.

With ChillGlobal of course! ChillGlobal is this year's best option to watch the FIFA World Cup 2018 no matter where you are. The reasons speak for themselves! ChillGlobal is cheap, fast and safe. We own and manage our own servers and this is why you will not face speed problems or any kind of third party participation

Although already extremely affordable, at ChillGlobal we have even gone step further by offering a special discount for our customers. Now you can easily transmit not only the World Cup, but also all the content on the Internet without having to pay ridiculously high prices. Download ChillGlobal for free here!

Below you will find a list over the TV channels broadcasting FIFA World Cup 2018:

Here is the full schedule of games; all listed in the British summer schedule.

Russia vs. Saudi Arabia (Group A) in Moscow (Luzhniki) at 5 PM

Egypt vs. Uruguay (Group A) in Ekaterinburg at 2 PM

Morocco against Iran (Group B) in St. Petersburg at 5 PM

Portugal vs. Spain (Group B) in Sochi at 8 PM

France vs. Australia (Group C) in Kazan at 12 PM

Argentina vs. Iceland (Group D) in Moscow (Spartak) at 3 PM

Peru vs. Denmark (Group C) in Saransk at 6 PM

Croatia vs. Nigeria (Group D) in Kaliningrad at 9 PM

Costa Rica vs. Serbia (Group E) in Samara at 2 PM

Germany vs. Mexico (Group F) in Moscow (Luzhniki) at 5 PM

Brazil vs. Switzerland (Group E) in Rostov-on-Don at 8 PM

Belgium vs. Panama (Group G) in Sochi at 5 PM

Tunisia vs. England (Group G) in Volgograd at 8 PM

Colombia vs. Japan (Group H) in Saransk at 2 PM

Poland vs. Senegal (Group H) in Moscow (Spartak) at 5 PM

Russia vs. Egypt (Group A) in St. Petersburg at 8 PM

Portugal vs. Morocco (Group B) in Moscow (Luzhniki) at 2 PM

Uruguay vs. Saudi Arabia (Group A) in Rostov-on-Don at 5 PM

Iran against Spain (Group B) in Kazan at 8 PM

Denmark vs. Australia (Group C) in Samara at 2 PM

France vs. Peru (Group C) in Ekaterinburg at 5 PM

Argentina vs. Croatia (Group D) in Nizhny Novgorod at 8 PM

Nigeria vs. Iceland (Group D) in Volgograd at 5 PM

Serbia vs. Switzerland (Group E) in Kaliningrad at 8 PM

Belgium vs. Tunisia (Group G) in Moscow (Spartak) at 2 PM

South Korea vs. Mexico (Group F) in Rostov-on-Don at 5 PM

England vs. Panama (Group G) in Nizhny Novgorod at 2 PM

Japan vs. Senegal (Group H) in Ekaterinburg at 5 PM

Poland vs. Colombia (Group H) in Kazan at 8 PM

Uruguay vs. Russia (Group A) in Samara at 4 PM

Saudi Arabia vs. Egypt (Group A) in Volgograd at 4 PM

Spain vs. Morocco (Group B) in Kaliningrad at 8 PM

Iran against Portugal (Group B) in Saransk at 8 PM

Denmark vs. France (Group C) in Moscow (Luzhniki) at 4 PM

Australia vs. Peru (Group C) in Sochi at 4 PM

Nigeria vs. Argentina (Group D) in St. Petersburg at 8 PM

Iceland vs. Croatia (Group D) in Rostov-on-Don at 8 PM

South Korea vs. Germany (Group F) in Kazan at 4 PM

Mexico vs. Sweden (Group F) in Ekaterinburg at 4 PM

Serbia vs. Brazil (Group E) in Moscow (Spartak) at 8 PM

Japan vs. Poland (Group H) in Volgograd at 4 PM

Senegal vs. Colombia (Group H) in Samara at 4 PM

England vs. Belgium (Group G) in Kaliningrad at 8 PM

Panama vs. Tunisia (Group G) in Saransk at 8 PM

Watch the World Cup with VPN

ChillGlobal VPN is an intelligent system that hides the IP address of the device where it is installed. Simply: When using a VPN on your computer, it appears you connect to the Internet from anywhere else than where you really are, allowing you to access any TV channel of your choice. A VPN is a trusted tool for protecting users’ privacy when surfing the Internet.

And as if that wasn’t enough, ChillGlobal offers you 2 weeks FREE access to ChillGlobal Premium  to get in the right festive football mood!

All you need to do is:

1. Send an email to the support@chillglobal.com with FIFA2018 in the subject line.