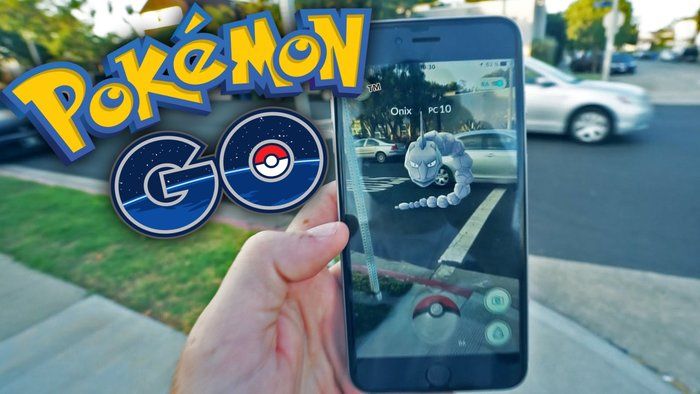 An homage to Pokémon Go

The world has been taken over by Pokémon. Again. Within a weeks time after launching the Pokémon Go app, it overtook both Tinder and Twitter. And beat some other popular apps such as Whatsapp, Instagram, Snapchat and Facebook Messenger in average daily usertime. Now that’s crazy impressive! And therefore Pokémon Go deserves an homage on our blog.

John Hanke, CEO of Niantic (the company that developed Pokémon Go) says in a recent interview with Business Insider that "The game itself is intended to facilitate the real-life stuff". The reward is the encouragement and opportunity to go out and have new experiences, "not the big fighting scene in the top level where the boss dies."

Apparently, the Niantic team had three main goals in mind when building Pokémon Go: Exercise, to ‘see the world with new eyes’ and ‘breaking the ice’. So let’s quickly take a closer look at those goals and decide whether they are accomplished or not.

For sure Pokémon Go gets their players up and moving. By now we’ve seen many (pretty crazy) viral videos from people running and chasing after their desired  Pokémon characters.

The ‘seeing the world with new eyes’ part, yes, because by turning real life landmarks and sites into Pokéstops and gyms where players power up and battle, they encourage the players to explore and look at their neighbourhood differently.

'Breaking the ice' probably refers to teaming up and battling with fellow players at some point, but whether the app (read: obsessively staring at ones mobile phone screen) is considered to be a very social activity, mwah. Not so much. But going back to the before mentioned goal of exercise, it does pull all the geeks (and non-geeks) away from their laptop screens and onto the streets to hunt for Pokémon with fellow (non) geeks. So alright, fair enough, goals accomplished.

A fact is that Pokémon stands out, which was great news for Nintendo that since the launch of Pokémon Go has thrived to say the least. And even though it might still turn out the be a ‘one day fly’, it did take a lot of work, a lot of brainstorming, and a hint of luck over the last couple of years to have turned it into what it is today.

Based on the data of Niantic’s Ingress mobile game, Pokémon Go was designed as a platform for experiences. Btw, their partnership with Google didn’t come out of nowhere! They were first connected in 2014 when a viral game challenged players to find Pokemon on Google maps mobile apps as an April Fool’s Day 'one off'. According to Hanke, they were a match made in heaven: “like chocolate and peanut butter”.

By the end of 2015, Niantic spun off with Google, Nintendo, and the Pokémon Company, all participating in a $20 million investment round to get things (kick) started!

Funny fact: The Pokémon Company loved Ingress and Niantic loved the Pokémon series, and they each wanted the game to be more like the other. The two companies ended up sharing quite some crucial elements like the three-dimensional models and sounds for the Pokémon themselves, which saved a lot of time and ensured that Pokémon Go was as true to the classic games as possible.

The goal was to make something that was recognisable to fans of the classic Pokémon games, including catching and battling. Apparently Niantic almost didn't include one of the Pokémon games' key element of "evolving" a Pokémon into a new form to make it stronger because they were afraid it could become too complicated for new players. But it eventually relented.

Apparently these are the Top 10 characters that you should try and 'evolve':

And here you can read more about how it works and watch some useful youtube videos.

Right ok enough. Most likely there will be some more posts featured about Pokémon Go hacks and what not in the near future.

Now get away from your computer and go catch that Pikachu!