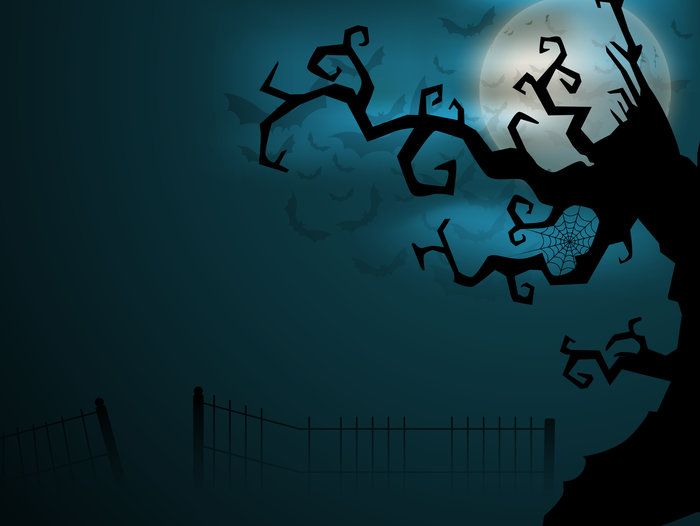 This selection of 10 'bloody' good TV shows will scare the sh*t out of you!

Halloween is just around the corner, which means that scary festivities are likely to take place in your near future… Mwhoehaha! Perhaps you are looking for some inspiration to play in the background of your ultra scary Haunted House party? Or maybe this year you’ll be staying in, and you’re looking for a good scare for when you are all curled up under your (safety) blanket on the couch. Either way, we’ve got you covered with our awesome selection of 10 Horrifyingly Good TV Shows!

AMC's original zombie apocalypse series "The Walking Dead" is based on the comic book series by Robert Kirkman and a huge hit for the cable network. And rightly so! What’s not to love about a world entirely ravaged by a zombie epidemic. The Walking Dead tells the story of the weeks and months that follow after the apocalypse. It’s a hiding-behind-your-pillow drama with a mix of emotional struggles, survival skills and lots of guts and gore of course.

"American Horror Story" is known for its grotesque charm, complex plots and extremely grimy opening credits. With classical horror sets such a Haunted House, a super scary psych ward, a school for witches, an old carnaval and a creepy hotel, there’s really no way to go wrong. The amazing cast includes Jessica Lange, Sarah Paulson and Emma Roberts and they all play different characters in a different story each season (but it’s been said that all seasons are somehow connected…). The series definitely gets unde your skin and even loyal viewers might not be able to figure out the whole story. The FX anthology series has always been inspired by real events combined with the twisted mind of Ryan Murphy which promises to give you the creeps every single episode.

This latest Netflix hit has something for all types of horror fans. The ’Twin Peaks-ish' "Stranger Things" is an absolute must-see. It’s incredibly creepy in all kinds of ways. Everything about it is just… awesome! The child cast is one of the best kid ensembles you’ll ever see. It’s most probably one of the best fantasy / horror shows that’s been produced in years. Season 2 will be coming to Netflix in 2017, so they promised.

NBC’s "Hannibal" must be one of the best ‘bloody’ shows that's been on television. Bryan Fuller’s three gripping and gory seasons were beautiful, disgusting and totally messed-up. Almost every scene was a tableau of gore and elegance. Mads Mikkelsen’s Lecter doesn’t just better Sir Anthony Hopkins’ portrayal in Silence of the Lambs, he devours it. It was the deadliest game of cat and mouse with some of the most unexpected scenes on network television. Never has eating people looked as good. You know you wanna watch.

Explorer Sir Malcolm Murray, American gunslinger Ethan Chandler, scientist Victor Frankenstein and medium Vanessa Ives unite to combat supernatural threats in Victorian London. "Penny Dreadful" may only consist of three seasons with a total of 27 episodes, but it’s absolutely glorious. It’s a gothic horror full of some of literature’s greatest characters and creatures, such as Frankenstein and his creations, Dorian Gray, werewolves, and of course vampires. Every episode is beautifully shot, and even though it has a lot going on with the various storylines, everything is woven together perfectly.

This series has it all. Ghosts, demons, shape shifters, vampires, angels, werewolves, rougarou, djinn. There’s a whole bunch of cool monsters! Then add two pretty sexy brothers who follow their father's footsteps as "hunters" fighting all the before mentioned evil supernatural beings and you’ve got yourself one hell of a show! Also, as far as folklore, legends and the occult goes, "Supernatural" is actually pretty damn accurate.

If you’re the type of person that loves an unsettling anthology show, where you don’t know what to expect, but you know for sure that it’s going to be disturbingly entertaining, then Channel 4’s "Black Mirror" is your jam. Already in 2011, Charlie Brooker brought us the far-fetched (or is it?) provocative tale of the British Prime Minister forced to have sex with a pig on national television. The series is made up of disconnected single-episode stories, exploring issues of morality and society’s relationship with technology via cutting satire. Netflix bought the rights for the 3rd season which is already out there: you can watch the first six episodes on Netflix right now. The remaining six will air later at an unspecified time.

It's been seven years since CBS premiered the 13-episode mini-series "Harper's Island". It’s quit the underrated horror murder mystery, now available on Netflix, that follows a group of family and friends heading to Harper’s Island for a destination wedding, only to learn that there's a killer among them. At least one character gets killed off each episode and always in a pretty spectacular way. It’s suspenseful, classic horror with an ending that will keep you guessing.

Even though it’s not officially a ‘horror’ TV show, but I think we can all agree that there was some pretty scary stuff on there. That opening tune alone would make the hairs in your neck stand right up. "The X-Files" was created by Chris Carter and originally aired from September 10, 1993 to May 19, 2002 on Fox. That’s a total of 202 episodes where two FBI agents, Fox Mulder and Dana Scully (Gillian Anderson and David Duchovny), investigated the strange and unexplained while hidden forces worked to impede their efforts. Ah yes and they made a feature film. Need I say more?

Of course this list of 10 Horrifyingly Good TV Shows wouldn’t be complete without a properly gory and terrifying vampire themed series. "The Strain" is exactly that. The plot description would be ‘A mysterious viral outbreak with hallmarks of an ancient and evil strain of vampirism ravages the city of New York.’ Sounds pretty damn good, doesn’t it?!

If you got all excited about our list of 10 Horrifyingly Good TV Shows, but you are finding yourself staying abroad, don't freak out! With ChillGlobal you can stream your favourite scary TV series from wherever you are in the world! Install ChillGlobal and within 20 seconds you will be ready to start hiding behind your pillows...