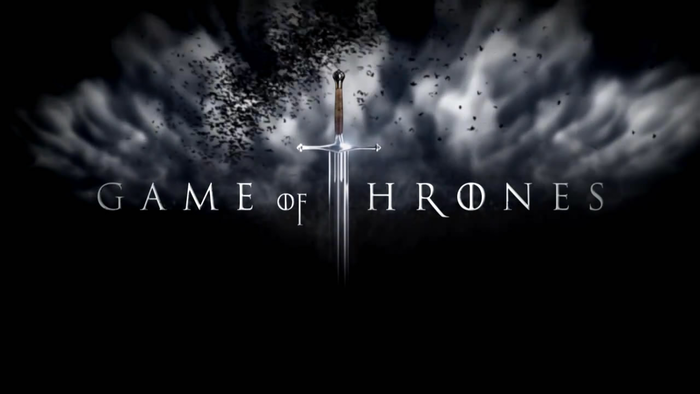 Since HBO’s “Game of Thrones” (once again) leads the pack of contenders for the Primetime Emmy Awards 2016 (with 23 nominations for its 6th season), we figured the epic fantasy drama deserves a dedicated blog post.

The excitement of all the nominations received kind of a buzz kill when HBO announced that season 7 of GoT will not return until summer 2017 – changing the show’s usual strategy of premiering each season in spring time.

Also, the network is confirming for the first time that the next edition will consist of only 7 episodes (instead of the usual 10, bummer!). Anyway, in the meantime, here’s 10 Fun GoT Facts that you most likely didn’t know about!

*Spoiler alert for all aired episodes*

The first pilot, directed by Spotlight writer-director Tom McCarthy, was so terrible that it had to be shelved and reshot completely.

4. DOTHRAKI IS A REAL LANGUAGE (for geeks only).

Like fellow sci-fi/fantasy languages Klingon (from Star Trek) and Quenya (from The Lord of the Rings), Dothraki is an actual language that you can learn.

6. A LOT OF DEAD CHARACTERS ARE ALIVE IN THE BOOKS.

More than a handful of characters are alive in Martin’s books, but dead on the show. These include: Shireen and Stannis Baratheon, Night’s Watchmen Pyp and Grenn, Barristan Selmy, Myrcella Baratheon, and Mance Rayder.

7. SHOOTING THE HORSE HEART SCENE WAS AN UNPLEASANT EXPERIENCE.

The horse heart Daenerys had to eat in season one was essentially a giant gummy candy—one that, per Clarke, tasted a little bit like bleach (though eating a real horse's heart would still be worse, we presume).

8. REAL PEOPLE ARE NAMING THEIR KIDS AFTER GAME OF THRONES CHARACTERS.

In 2014, per the Social Security Administration, “Khaleesi” was the United States’ 755th most popular baby name for girls. No joke. Over in Britain, Khaleesi, Arya, Tyrion, Brienne, Sansa, Bran, Sandor, and Theon also saw a rise in popularity (poor kids).

9. THE STARK KIDS ARE DIFFERENT AGES IN THE SHOW THAN IN THE BOOKS.

When A Game of Thrones-the-book starts off, the Stark children are much younger than their on-screen counterparts.

10. IT’S BEEN THE MOST ILLEGALLY DOWNLOADED SHOW FOR FOUR YEARS RUNNING.

THE SHOWRUNNERS ACTUALLY KNOW HOW THE BOOKS WILL END.

Martin has told Weiss and Benioff how the series will end. Quoting: “If you know the ending, then you can lay the groundwork for it. And so we want to know how everything ends. We want to be able to set things up. So we just sat down with him and literally went through every character.”

(with thanks to Mental Floss !)